You are here:
Front Row Edit 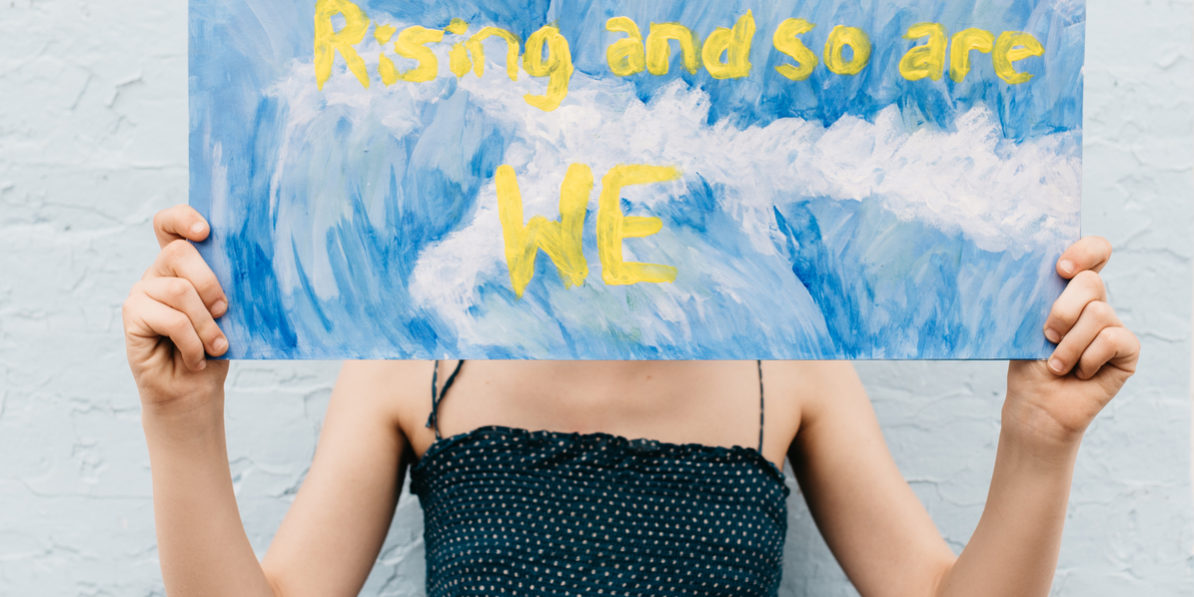 At a café on the Upper West Side of Manhattan recently, three Gen Z customers were lamenting the state of the environment. The conversation went something like this…

“How can everyone focus on getting jobs and leaving school when the planet as we know it will be gone in the next 20 years?”

“I know, I can’t plan anything. It’s the only thing I can think about.”

“It’s so depressing, and no one is doing anything about it.”

“Why are we the only ones who care about it?”

“Maybe the science is wrong and we’ll have more time?”

This snapshot into daily Gen Z life is similar to what other members of Generation Z have told us. Their obsession with climate change is real. And brands, marketers, and governments, would be wise to pay attention. According to our research with members of Gen Z, 74 percent believe they can help make the world a better place through the brands and corporations they support.

For Gen Z, the effects of climate change aren’t something that will happen decades from now when they may or may not be alive. Popular science agrees that we’re already seeing the results of climate change – more, intense droughts and hurricanes, and higher sea levels – and these are only going to intensify in the coming decades. This is something Gen Z will experience in the prime of their lives, and they are well aware of that fact.

The passion Gen Z feels for the environment impacts their daily lives; from their biggest fear, to who they date and what they eat.

Eco-anxiety, or the fear that comes with trying to cope with impending environmental disaster, is on the rise. This week, Amnesty International released a survey of over 10,000 Gen Zs in which respondents cited climate change as the most pressing issue of our time. This shouldn’t come as a surprise, as we’ve seen hundreds of thousands of young people take to the streets in climate change protests this year, thanks in part to TIME’s recently announced person of the year, Greta Thunburg. The 16-year-old’s passion for climate change activism sparked a global movement of protests, Fridays for the Future – where students across the globe skipped school on Fridays to attend their own climate change protests, signs in hand, chanting for action to address the climate crisis.

But Gen Z advocacy goes beyond marching – it even impacts who they will date. According to Tinder’s “2019 Year in Swipe” report, Gen Z wants to find a partner to save the world with.

This generation mentions causes and missions in their profiles more than their Millennial counter parts (who mention travel 3x more than causes). Gen Z is the bulk of the Tinder user base now, and climate change and the environment are at the top of the causes they mention on the platform, along with social justice and gun control. As Tinder reports, this generation wants to find a partner “not just to match with, but to march with too.”

Their dedication to saving the planet also impacts what they eat. According to independent research commissioned by Impossible Foods (the makers of the Impossible Burger – a plant-based meat alternative that is popping up everywhere — including Burger King), Generation Z and Millennials are leading the boom of meat alternatives. This boom is not just for health or flavor, consumers are choosing meat alternatives to curb their environmental impact. Earlier this fall, Vice interviewed Gen Zers about the steps they take to combat climate change. Becoming a vegan is one of those efforts this generation is undertaking – not just for themselves but their pets, too.

So what does this mean for companies and marketers?

It’s time to get serious about sustainability. The seriousness that climate change holds for Gen Z means they expect businesses to share their level of passion for the environment. Our research shows that 84 percent of Gen Zs are more likely to support a brand if its values and mission are similar to their own*. Lip service won’t suffice. Businesses should think about sustainability on everything from their packaging and shipping to their own workers’ carbon footprints. Think of how much carbon is emitted when 10,000 workers commute one day. Work-from-home Fridays could do a lot to curb that.

Businesses should also use this dive into sustainability in their marketing efforts. Gen Z wants to support brands that meet their values, and if companies lean into making sustainable change, it’s a great opportunity to publicize that change across all platforms. They’ll be rewarded by conscious-minded consumers.

While all this change can seem overwhelming for companies who haven’t been thinking of sustainability in their business structure, this might help; Gen Z is also extremely realistic. They know change won’t happen overnight. What they do want is companies and brands to show they are making an effort. Take Adidas for example, the iconic athletic brand recently partnered with Stella McCartney to launch a vegan shoe. It’s one small – and effective – step toward supporting Gen Z’s passions and enhancing their reputation among the coveted consumer set at the same time. Small but splashy efforts like that can really grab Gen Z’s attention and keep a brand top of mind. But ignore their passion and be warned; Gen Z will swipe left on companies who don’t take climate change as seriously as they do.

From canceled to collaborating: why brands should include Gen Z in the creation process
September 9, 2020